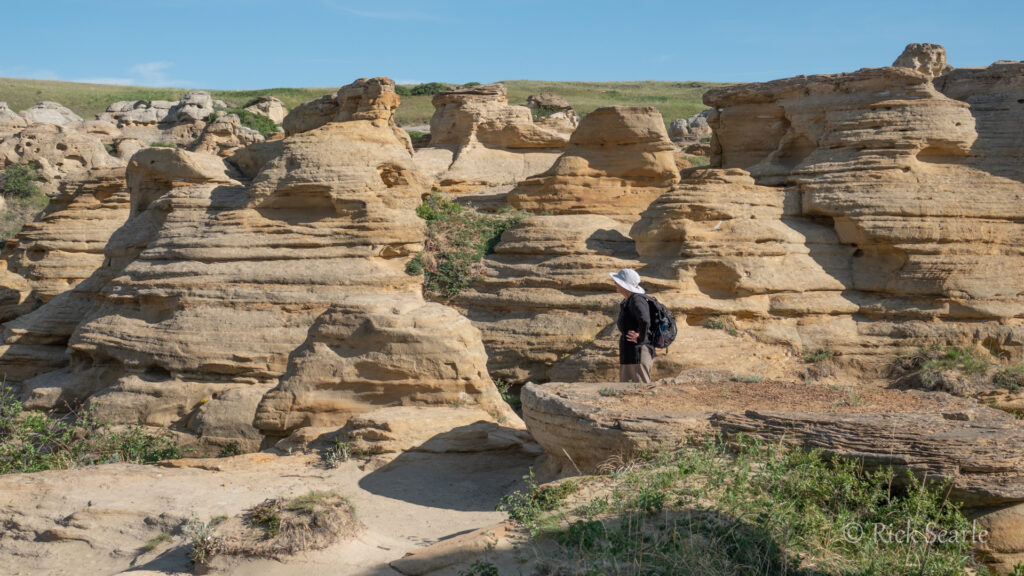 Why am I feeling conflicted as a tour guide? On one hand, I absolutely love the work. Not every moment, for sure. But over all, well, I pinch myself that I kind of stumbled into it.

Take this year, I’ve committed to lead tours for every month, except August, from mid-May to end of Oct. Each and every trip I very excited to be leading. My calendar looks like this:

Note: I’ll provide more details on each of these tours along with links on the calendar page soon. 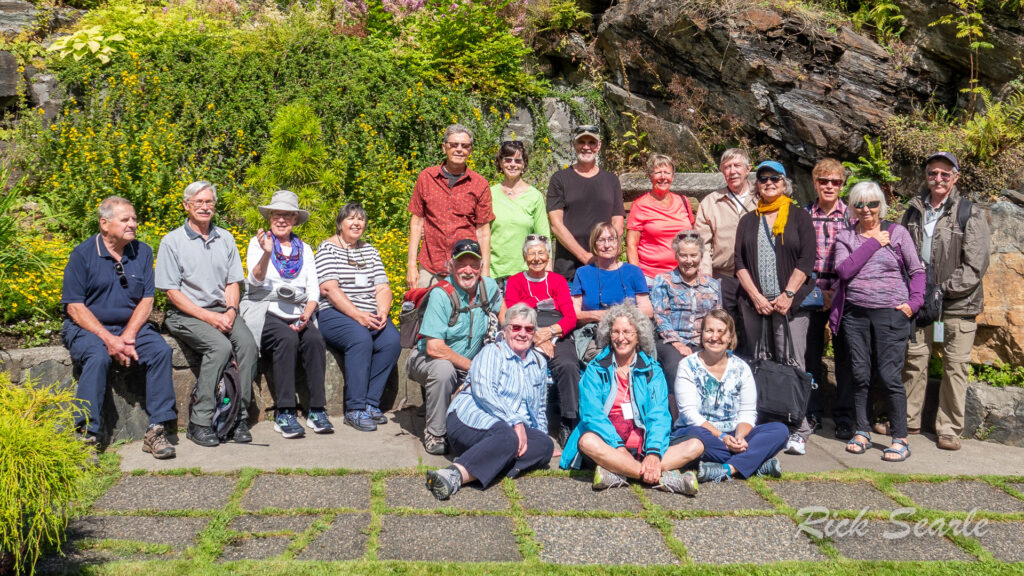 Not only do I get to see and experience these fabulous places; but I get to travel in a style I could never afford and with interesting, fun-loving people eager to learn. And I’m paid very well for my services. Bonus!

But I’m also acutely aware of the greenhouse gas emissions associated with each of these trips and all the others offered within the travel industry. I suppose it’s the trip to see Polar Bears at Churchill that cause the strongest pangs of guilt.  See them before they’re gone, right?

It’s not too late for me to change my mind and let the tour operator to find someone else. I know this would be terribly disappointing for them, particularly for their representative. She and I have formed a really nice working relationship even though we’ve never met. I’ve led other tours for them in the past, pre-COVID. I also know that this tour will go ahead whether I lead it or not. Another important consideration is whether my replacement would have as strong of an environmental perspective as I do.

And yes, I’ll admit I’d really like to see and experience polar bears in their natural habitat. I’ve only seen them in a large tank at the Winnipeg Zoo a number of years ago.

Sure, watching these two individuals roughhousing it under water over my head  was a thrilling experience. But it has only fueled my desire to see them on the barren lands around Churchill. Where they are free to roam at will.

And so I arrive back on the horns of my dilemma. Should I go or should I stay?

In the spring of 2021, the Royal British Columbia Museum published a very important book, titled “The Writings of Yorke Edwards A Pioneer of Heritage Interpretation in Canada” authored by Richard Kool and Robert Cannings. I had been given a copy to review, but I wanted to explore some questions I had after reading it. In particular, I was intrigued to know what motivated Rick and Rob to produce the book and what the relevance of Edwards was to field of heritage interpretation today. After all, nearly all of Yorke’s work in the field was done between 1960 and 1980.

In his introduction to the book, Rick offers an apology for not getting to know Yorke better while working at the museum. I share a similar regret. Back in the late 1990s, more than a decade after his retirement, I reached out to Yorke to interview him for a book I was writing about the threats to Canada’s national parks. I recall sitting in his book-lined study, sipping tea and listening to his views on the subject. His love for the natural world and the need for better protection of it was amply evident.

Not long after a couple of these chats, I dove into writing my book and did not continue to get to know Yorke better despite the fact that he lived a few blocks away. I guess I just didn’t understand and appreciate what he represented.

Rob Cannings has done a wonderful job of pulling together a concise biography of Yorke that helps illuminate the character and accomplishments of this remarkable individual.

To make up for being too focused on my book project and for not getting to know Yorke better, I felt the need to make some kind of amends. My way of doing this is to help promote the book by Rick and Rob by producing the following video from an interview with Rick shortly after the book’s launch.

Tomorrow night will be exciting! I’ll be attending the Ecostar Awards Gala as the coordinator of the Greater Victoria NatureHood. We’ve been nominated for an award for innovation. This award: ” Recognizes an organization that has demonstrated innovative sustainability practices, products, services, and/or technology in their industry.”

What got us nominated is our Greater Victoria NatureHood map and brochure.Therefore, it’s only fitting that I’ll be joined by my friend and colleague, Kathleen Burton. The map is almost entirely her creation.

We’re up against some serious competition in the two other nominees in this category. To tell the truth, I’ll be surprised if we win the award. But you never know, right. And that would be simply awesome!

The map has already attracted a lot of attention and accolades. In June we received a conservation partner award from Nature Canada for it, as well as for the tribute exhibit of Fenwick Lansdowne, an internationally acclaimed Canadian wildlife artiist. Because his subjects were almost always birds, his paintings were was often compared with those of John James Audubon.

The map was also finalist in this year’s Charity Village Awards. It will also be featured at this years International Cartographical Association’s conference next month in Florence, Italy.

On the ground, we’ve gone through print runs for a total of 15,000 copies in just a few months. The second run of 8000 copies was only made possible by the generosity of an anonymous donor.

Our focus now is to take the map from being a static downloadable PDF on our website to being something much more innovative and interactive. We certainly don’t have the expertise to pull this off ourselves, so we’re about to enter into a partnership with an organization that can provide state-of-the art technology in this kind of project along with a large cadre of highly trained people who know what to do with it.

The Greater Victoria NatureHood is also embarking on two other exciting projects. We’ll be producing three short (1 – 1.5 min) videos about each of the region’s migratory bird sanctuaries. We’re also reaching out to some local indigenous educators to bring in their nation’s knowledge and practices to the Migratory Bird Activity Booklet we produced and released last spring. 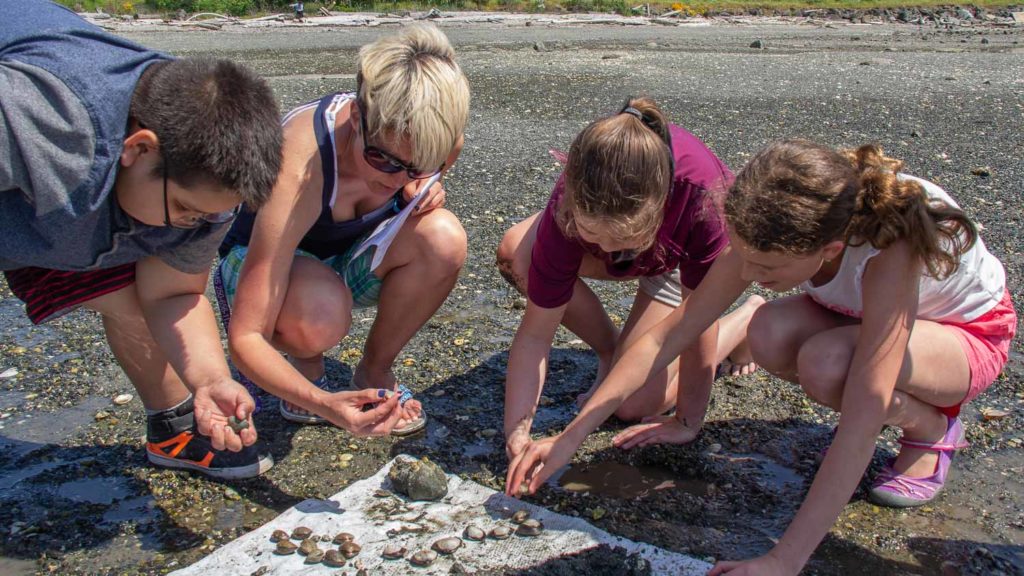 Honestly, it would be very easy for me to carry on about all the great things the partners of the Greater Victoria NatureHood have done over the past four years, while I’ve been their coordinator. It truly is a great honour to  be working with these organizations and to be able to contribute to the realization of our shared vision:  “a deep and long-standing connection with the natural world of Greater Victoria” among residents and visitors alike.